I don't watch much tv.

A few years ago, my sister went to Ireland for a study abroad experience where she extended her overseas stay by heading into London for a few days.  Since this time, she has become fairly obsessed with British culture and history.  She discovered Downton Abbey.

My sister is younger than me by five years, but in many ways wiser and older.  She is a fascinating person, and I have the utmost respect and pride for her.  She told me to watch the show, so I did.

From the first episode, I was in love.  The dynamic between the sisters, the relationships of the house, and the foreign feel to the time period all drew me in and demanded all my attention.  The show had an edgy feel, but it was a period drama.  It tackled so many issues of the early 1900's.  No history lesson has ever been more interesting.  Still, it blows my mind.  There is a definite creative genius behind it all.

By the middle of the third season, my husband was hooked too.  I think that the male audience this show drew is unexpected and fun.  It is probably also one of the reasons the show was such a big hit.  It called to so many diverse audiences, and all the while not feeling like it was trying.

Well, my husband and I watched the finale, and now we are sad that our one show is no longer.  Farewell to Downton, and thanks for the entertainment. 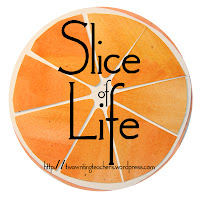 Posted by Emily Culbertson at 12:59 PM